London, May 12th, 2022: CCleaner, a global leader in system cleaning and optimization software, has today announced the 6.0 release of its consumer PC tool. CCleaner 6.0 includes new and optimized features that improve users’ PC performance and reliability. 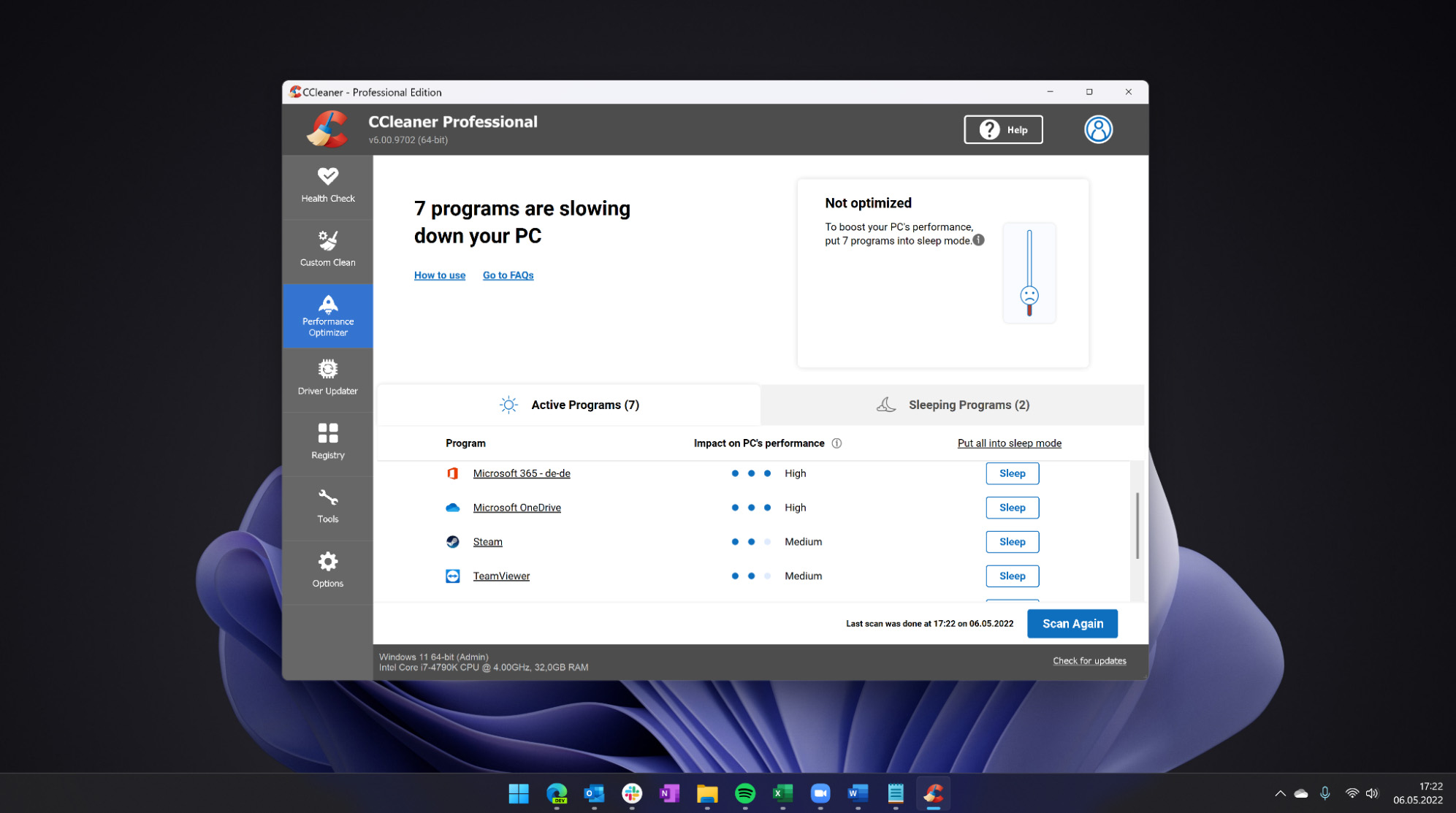 PCs use apps to run start-up items, background processes, and services invisibly in the background while not in use, which slows down the performance and running of machines. Performance Optimizer intelligently puts these apps ‘to sleep’ in order to redistribute resources to the task at hand, and then wakes them up instantly as soon as they’re needed.

In internal tests across devices of various ages, Performance Optimizer boosted productivity performance on an older PC from 2015 by an average of 34%1. Newer PCs also benefited as the feature also extended battery life by 30% on a high end laptop from 2021. Boot time increased significantly for both: 72% for the 2015 PC and 40% for the 2021 laptop, reducing the wasted time and frustration many face when they turn on their devices.

CCleaner Professional’s updated Software Updater ensures users get the latest version of the programs they use by applying new updates and patches which can help fix bugs and security vulnerabilities provided by the app or device provider. Improved Software Updater now supports an additional 50 applications (soon to increase to 200), including KMplayer, WinZip, Box Drive, Foxit Reader, Adobe Reader, and Nitro Pro. It will soon work with 200 additional apps, as further updates are provided throughout the year.

David Peterson, General Manager CCleaner, commented, “For decades, users have struggled with the issue of PCs becoming slower over time. With the release of CCleaner 6, we're delivering our most powerful solution yet to this age-old problem. This feature builds on an already comprehensive cleaning and optimization toolkit, taking CCleaner to a new level. Version 6 packs an impressive suite of features which breathes life into older devices.”

Performance Optimizer is available in CCleaner Professional (which can be trialled for free, no card details needed).

1These performance tests were carried out in 2021 on machines from 2015.

CCleaner was founded in 2004 and is a global leader in system optimization software with hundreds of millions of home and business users worldwide. Its portfolio of software tools for Windows, Mac and Android devices optimizes performance, improves security, and extends the useful life of hardware.

Keep in touch with CCleaner:

For press inquiries and more information please contact us.