The new release of CCleaner comes packed with improved cleaning, updates for 9 million drivers and full support for Windows 11


London, United Kingdom, Dec 16th 2021: Free cleaning and optimization tool, CCleaner is now available on the new Microsoft Store, the built-in app store for Windows 10 and 11. The app holds a 4.5 star rating, comes in 80 languages and in this latest version, includes new cleaning definitions, support and security checks of now 9 million driver updates to ensure people’s safety when updating their drivers, and allow users to remove leftover junk files from the operating system, hundreds of third party programs and all major browsers. 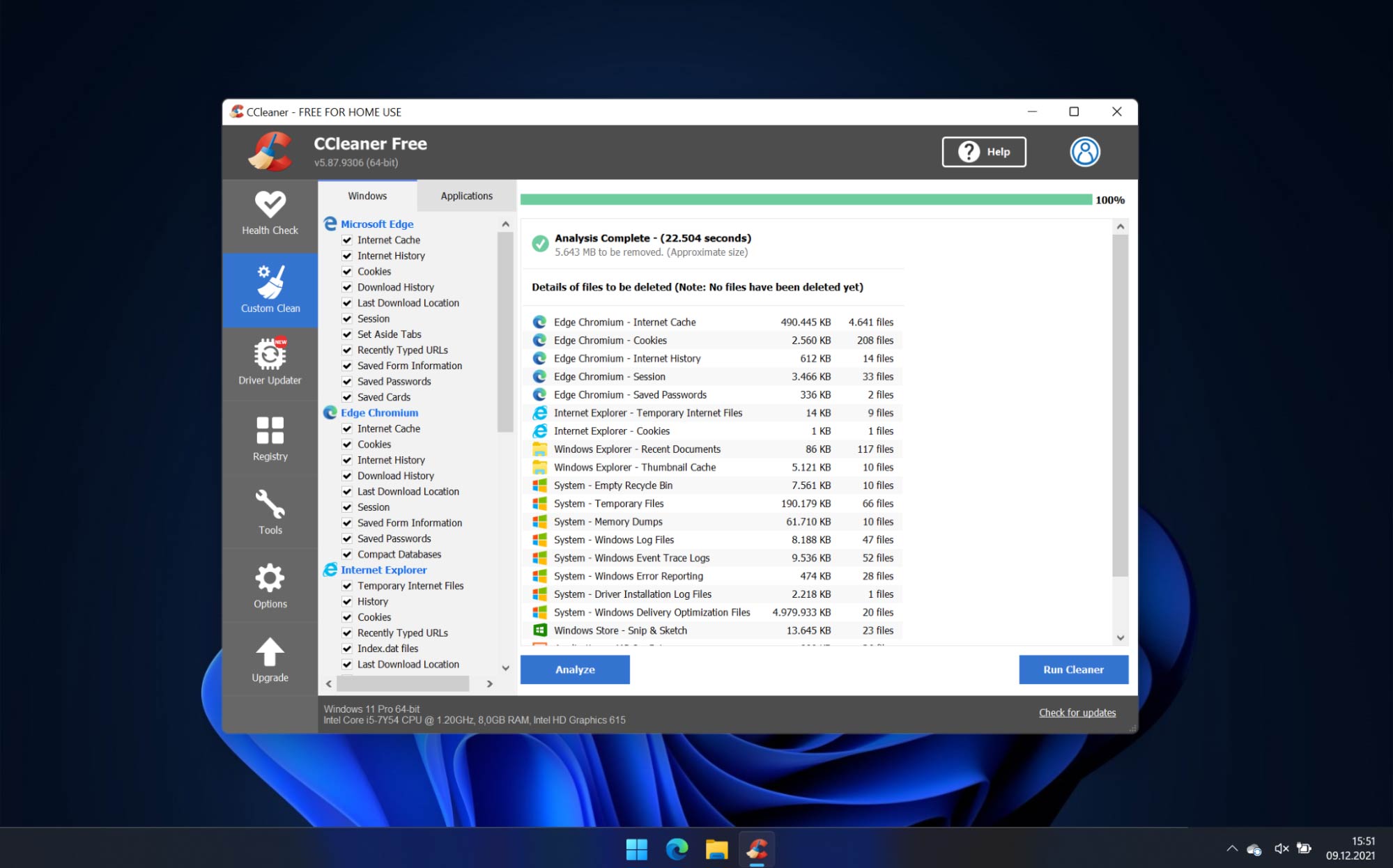 Getting the latest drivers for their devices, such as printers or graphic cards, means people will get better performance, latest bug fixes, security patches, and access to new features. However, finding and installing drivers is often time-consuming and a complex task for beginners.

The CCleaner team constantly updates its database with the most recent drivers, which has now grown to over 9 million drivers. CCleaner’s premium Driver Updater feature installs the most recent drivers which are often unavailable through built-in update mechanisms. To prevent security issues that could be caused by a driver update, every driver passes through security and stability tests before being rolled out to users. Driver Updater is only available for paid users of CCleaner Professional and is fully compatible with Windows 11.

Making sure to download the real CCleaner and avoiding fake apps

Users should only use the direct link (ms-windows-store://pdp/?productid=XPFCWP0SQWXM3V), search for CCleaner on the Microsoft Store or go to www.ccleaner.com to download the official app from Piriform. There may be apps in the store with similar names or logos which are not associated with CCleaner.

CCleaner was founded in 2004 and is a global leader in system optimization software with hundreds of millions of home and business users worldwide. Its portfolio of software tools optimizes computing performance, improves security and extends the useful life of hardware.

Keep in touch with CCleaner:

For press inquiries and more information please contact us.